Politics: I learned to stop caring, and I couldn't be happier 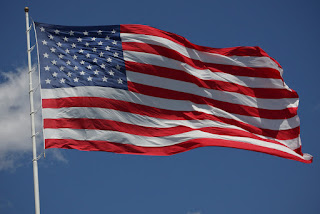 If you know me at all, either online or in person, you know that I've always been pretty passionate about politics. Even as a little kid. It's something my grandfather (who agreed with me on most things) and my father (who doesn't agree with me on most things) and I all bonded over. Many of my conversations with both of them always reverted back to current events, elections, and the news stories of the day. I volunteered at voting booths, ran social media campaigns for candidates, and stuck signs in my yards and bumper stickers on my cars. My interest in politics even landed me my some of my first writing jobs. I've interviewed everyone from local politicians and gubernatorial candidates to congressmen and people who've worked in the White House. I kept the TVs in my house on various news stations from the time I got up to the time I went to sleep. I cleared my calendar for debates and conventions. I'd say at least half of the friends I have right now I made through various political ventures over the last decade or so.

And now I'm kind of over it.

Exactly one year ago, I went to great lengths to remove as much political stuff as I could from my life. I unfollowed all news sites on social media. I stopped watching the "news" channels. I stopped reading the newspapers and websites. I even cut back on interactions with people who were nonstop talking about current events and stopped posting about them on social media myself.

Guess what? The world didn't come to an end. The only thing that happened was that I had a little less stress in my life and a little more time to focus on what's real. Because, as it turns out, a lot of this stuff isn't even real. So much of it is manufactured so that people have something to be outraged about. I was tired of being outraged and being around outraged people. Sign into Facebook or turn on a cable news channel, and you'd think everyone hates everyone else. Go spend a day in the world with people who aren't just like you, and you'll realize that for the most part, most people don't actually hate each other and just want to mind their own business. Everyone's not racist, sexist, or homophobic. Everyone's not offended.

Lately, I've spent a lot of time with my parents, and no matter what's going on with them, they have to watch the same network news program at 7 pm every night. My mom gets kind of irritated when I point out how much of it is not really even news at all, or point out how biased it is or whatever. My dad also gets irritated when he says something like, "Did you hear what (random politician)

Admittedly, it's cost me some friendships. Then again, being overtly political did, too. But I've kind of come to the conclusion that I don't want to be friends with people who are going to judge me based on my political views anyway. And I don't want to judge other people based on theirs anymore. I do think social media is to blame for much of it. I managed to go years without knowing how every kid I went to high school with felt about gun control, abortion, or gay marriage. And I'm sure many felt the same way about me.

It doesn't mean I don't have strong opinions about certain issues. It doesn't mean that I will stop voting for the candidates I think are best or doing what I can to stop true injustices. It doesn't even mean that I'm not paying attention. It just means that I'm filtering out the noise. I'm finished listening to everyone shout and argue at each other when it's not going to amount to anything.

I'd rather spend my time hanging out with friends and family. I'd rather spend my time playing with and taking care of my pets. I'd rather travel, see the world, go on adventures, read good books, watch good TV, write stories, swim, hike, plant something, grow something, eat good food, create stuff, explore historical sites, remodel a house, take pictures, enjoy nature, watch sports, listen to music, help people and animals in need, be in a play, go for a drive, or meet interesting people. Not to be cliche, but we're only here for so long, and I'd rather fill whatever time I have left with those things.
Posted by Sarah at 15:02 1 comment: