A year that answers 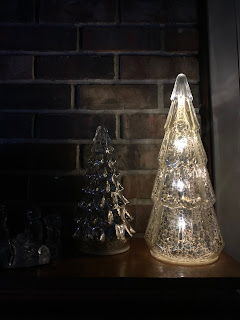 About a week or two ago, I ran across a quote from the book Their Eyes Were Watching God by Zora Neale Hurston:

When 2022 began, I thought this would be a year that asked questions. After all, my life had just changed dramatically a few months before the year began. But as it draws to an end and I look back over it as most people do in December, I realize that I already had the questions. This year gave me the answers. Or some of them. I'm still learning. We all are if we're lucky.

While I wouldn't necessarily call it a bad year (I've had much worse), I can honestly say that I spent a good portion of 2022 in a dark, dark place. I think that started around last Christmas because when I compare where I was last year around this time to where I am now, I feel like two totally different people. I spent last fall working almost nonstop. I was tired. I was mad. I was intimidated by some new responsibilities. The shock of my mom's death was wearing off and reality setting in. And to be honest, Christmas hasn't been my favorite time of year in a while lately anyway. It reminds me that I don't have the kids I long for, and I miss the Christmases of my own childhood. And this may sound petty, but I didn't hear from many people last Christmas, even some whom I reached out to first, and that was kinda hurtful.

Over the next seven or eight months, things seemed to get worse. July was the climax. The month started with me sitting in some strange veterinarian's office in Atlanta on a Sunday evening, wailing and sobbing as if the world was coming to an end (something I just don't do), and it ended with me trying to decide if I was going to have to take legal action over a huge work issue that was the source of many of my issues from the past year. I remember spending July 4th sitting in my house, mindlessly eating tater tots and wishing the world was coming to an end.

Thankfully, that's when the answers started coming — slowly at first, but they came.

First of all, I realized this couldn't work much longer. I couldn't control all the circumstances, but I was going to have to change my mindset. Shit is going to happen. People who you thought would be there for you aren't going to show up. You'll have to work with terrible human beings if you want to be successful. There will be death and sickness. Pipes will burst. Refrigerators will stop working. You'll have to cancel plans. You just have to find a way to prevent it from defeating you.

And when I had that realization, the answers began coming faster. I had my Scarlett O'Hara "as God as my witness" moment. I was not going to spend another minute in misery. And it's taking some time and there have been setbacks, but I'm getting there.

The other realization I had was that I spent way too much time letting other people make or break my happiness, especially people who don't really value me. Those people don't deserve any power over what I do, and it's time to stop allowing it. After all, there are about 8 billion people in the world, so once you sort it all out, maybe you can go find some more. It might be uncomfortable, but discomfort is necessary for moving forward sometimes.

And what a difference a year makes. I didn't spend Christmas sulking or dealing with anxiety and panic attacks. I didn't feel guilty for taking time off work at the end of the year and saying no when I was asked to reconsider. I didn't feel guilty for spending the majority of a day last week on the sofa reading, watching football, and ordering takeout instead of trying to cook after working my ass off for the last few months. I spent more time with Aaron Rodgers and Baker Mayfield and my dog than anyone else on Christmas Day, and I was fine with that. Instead of wasting time and money on gifts and cards and decorations that no one would think twice about, I made donations to people who I knew could use them. Basically, I created my own happiness, and anything else was just icing on the cake.

And I suspect there will be more of that in 2023 — just embracing life and moving forward. I start school at UGA again in about 10 days, and I've loaded up my schedule with all sorts of classes. Yesterday, I said out loud, "I can't wait for school to start," and the person I was with said, "I don't think I've ever heard anyone say that." But I can't wait. I've got all sorts of other plans. I'm working on some new career goals. And really, I'm not even waiting for 2023 to get started on any of it. I already have. That's how excited I am to finally get back to living my life to the fullest after this transition year that has been bizarre but oh so enlightening.

A year that answers.

But first, I have a football game to watch. Go Dawgs!

P.S. I really am grateful for most of the people in my life, and my hope for you is that you embrace life in 2023 as well.