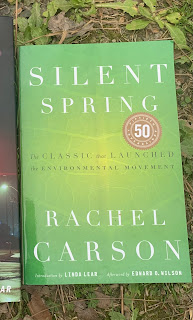 If I'm being totally honest, I've never been a great student. I get bored. I'm a little lazy. I learned early on that I could do enough to get by and make great grades and get into good colleges without putting in much effort. But since I've been back at UGA over the last 10 months, I've been trying to do better. I'm actually studying topics that interest me now, and, well, when you're paying thousands of dollars a semester yourself, you want to try to get something out of it.

The first semester I was doing pretty well until my mom ended up in the ICU for nearly a month and never left the hospital. I had an A in the class, but I missed a project, so that took me down to a B. I think I did pretty well during the fall semester, especially considering my super-heavy workload. I made an A and a B in my two classes. This spring semester, I'm taking two classes that are pretty interesting but also pretty light. No exams or anything like that, which is good because my brain has been fried for the last month or two. But I knew that towards the end of the semester, I'd have to read a book, watch a documentary about the author of the book, and write three short essays on it. No big deal. I like to read. The book is one I've wanted to read anyway. I can churn out six pages of essays pretty quickly.

The closer to the due date we came, the less enthusiastic I became. A week out, I had read exactly one chapter of the book. My first inclination was to phone it in. Revert back to those high school days when I'd rather drive all over Atlanta to find the video version of a book I had to read for English rather than actually read the book. I had so much other stuff to do. But sometime during the last week, something clicked inside me, and I decided to give it my all.

I carried that book everywhere and read while I sat out with the chickens in the evenings. Eventually, I downloaded the audio version and played it while I worked. I did extra research. I made notes. I underlined the parts I liked. The essays were due this last Sunday, and I stayed up late Saturday night watching the documentary. I actually tried instead of taking the easy way out.

On Sunday, after I did all of my animal chores, I came inside and began writing. I spent most of the day writing those essays, combing through the book, organizing my notes, and re-reading it over and over again to ensure every word was perfect. By the time I finished, it was late afternoon, and I was pretty darn proud of myself. Six pages of what was probably the best essay I'd ever written for school at any age. I read it all over once more, and was in a hurry to get it submitted, both because I was excited about the work I'd put in and because I was anxious to get outside and do some things before it got dark. I saved it. Twice. I converted it to a PDF as my professor requested. I went to the class site to upload it...

At first I thought nothing of it. I probably just didn't notice where I'd saved it to. But the more places I looked, the sicker I felt. I tend to work in Google Docs these days and haven't even used Word in years, so I thought maybe there was something I was missing. A few hours of searching, lots of advice from more tech-oriented friends, and plenty of nausea later, I realized that the file had just disappeared when I converted it to a PDF. A friend of mine told me she has that problem when creating PDFs sometimes. The thing is I didn't back it up. I was so proud of all the work I'd done and anxious to get it submitted that I didn't even think about it.

I spent the rest of the night ready to give up on pretty much everything. Honestly, I had to meet with my advisor a couple of weeks ago, and I left the meeting feeling kind of down about the whole college situation. It wasn't especially bad — just awkward. I'm not there to get a job. I'm not there to get a degeree in a hurry. I just want to do this at my pace and have fun with it, and I left that meeting feeling like that's not acceptable. I thought about everything from changing my major to English to quitting completely, but I got over it. This little disappearing essay situation didn't help though.

Despite my frustration, I got up early yesterday and worked for a few hours, did my animal chores, and sat down to rewrite everything. Again, it took most of the day. I'm not sure the second version was as good as the first, but I tried my best, and I saved it all in four different places before converting it to a PDF, which was successful this time. Thankfully, my professor was nice enough to give me an extension.

There are only a couple of weeks left in this semester, and they should be pretty easy. This summer, I'm signed up for two classes, but one of them is precalculus, and I'm thinking about cutting it down to one because, well, one is precalculus. Apparently, the math class I took back in the day isn't acceptable for my degree choice. I'm not sure what I'll do in the fall. I've been doing most everything online so far, and I know I'll have to start attending classes in person soon. There's also the issue that my work is kind of frustrating right now. I've cut back, but I'm thinkig about cutting back even more this summer to start working on some personal writing projects. There's a lot to consider, but I've decided to stop trying to plan ahead and just go with the flow. That's the best I can do for now.